Who Knows What Inefficiencies Lurk in the Hearts of Rent Controlled Housing Markets? The Shadow Market Knows!

Imagine that you’ve just graduated from college and have been offered a position with a firm in New York City. You can’t wait to start living in your own apartment. Your Aunt Bernice, who lives in Brooklyn Heights, has offered you a place to stay while you look for a place to begin living on your own.

Imagine that you've just graduated from college and have been offered a position with a firm in New York City. You can't wait to start living in your own apartment. Your Aunt Bernice, who lives in Brooklyn Heights, has offered you a place to stay while you look for a place to begin living on your own. 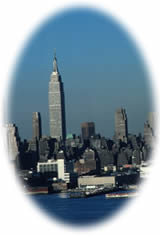 It's Sunday morning, and Aunt Bernice offers you the obituaries section of the Times. "Here!" she says. "This is the best place to start searching for an apartment."

"Excuse me, Aunt Bernice. I think you meant to hand me the classifieds section."

"No. The quantity of rent-controlled apartments people demand these days is much higher than the quantity currently available. There is a shortage. Since landlords aren't able ration out their supply of rental units by adjusting rates above a certain price, units are rationed on a first-come, first-served basis. In some instances, you must pay an additional fee for the privilege of renting. I suggest you start reading through the obituaries and make a list of newly vacated apartments… before the apartments are listed with an agency or in the newspaper."

Hearing Aunt Bernice's good advice, you're reminded of the day your professor in your Economics 101 course discussed Price Ceilings.

"You do use this stuff in real life," you muse.

You're curious about what residents in areas like New York and San Francisco think about rent control. Surely they understand the allocative inefficiencies of an arbitrarily applied price ceiling. In fact, any time price ceilings are set: utilities, football tickets, parking, etc. — there's bound to be some allocative inefficiencies. You conduct a search on the Web, and identify a couple of sites.

Here's a page from The Library of Economics and Liberty that summarizes the arguments for https://www.econlib.org/library/Enc/RentControl.html .

The emergence and development of alternative rationing devices to a price-controlled market is called a shadow market. Shadow markets serve as a safety valve for excess demand. The equilibrium prices in shadow markets are often higher than in non-regulated markets.

(Here is how the New York bar chart should look.)


(Here is how the Philadelphia bar chart should look.)

Once you have your data in bar chart format, take a look at the shape of the distribution of apartment prices.

Suppose you are seeking housing in New York City and have been unable to locate an apartment. Since you are a prudent saver and investor, you have some money saved for a down payment for a condominium. You are aware of a forthcoming referendum to repeal rent-control laws, and you believe that passage is imminent.

Alternative points to consider: In the above rent control problem, we have assumed perfect competition. However, in most large cities, monopoly rents are the rule rather than the exception. If all that is taxed away are the rents, then supply will not change over time. One is just shifting income from one group of individuals to another.

The problem in most cities is that rent controls did not get adjusted for inflation, so that prices fall below the perfectly competitive rate and all of the problems mentioned in the above lesson do occur.

There are economically justifiable reasons for rent control. Prices under non-perfectly competitive solutions do not send the proper signals. Under monopoly conditions, the price would be higher than the pareto-efficient price and government intervention is justified.

There are other forms of rent control that do not lead to the allocation problems alluded to in this lessons: rent stabilization and rent control adjusted for inflation are more likely scenarios.

(1) Data based on advertisements in Sunday editions of largest papers in each city during April 1997. See Policy Analysis: How Rent Control Drives Out Affordable Housing for complete description.

Additional funding for this site was provided by the Mortgage Bankers Association of America.