Recently, the concept and use of school vouchers has come to the forefront of political, societal, constitutional, and economical discourse. From Florida’s new voucher program to the presidential political debates, school vouchers continue to be a most controversial topic. 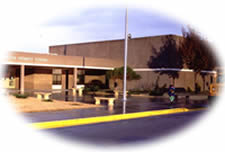 Recently, the concept and use of school vouchers has come to the forefront of political, societal, constitutional, and economical discourse. From Florida’s new voucher program to the presidential political debates, school vouchers continue to be a most controversial topic.

The concept of school vouchers is far from new. In fact, Milton Friedman, the Nobel Prize winner for economics in 1976, has been a proponent of school vouchers since the mid 1950s. In general, school voucher programs are designed to provide students with a fixed dollar amount per year to attend the school of their choice. The logic behind this premise is that competition between schools for a student’s dollars would enhance/improve the level of education being provided.

The Center for Education Reform and the Friedman Foundation are major proponents of school vouchers. In their view, school vouchers are an important means for promoting school choice. As stated so eloquently by Milton and Rose Friedman:

School choice is about giving all parents the chance to be integral participants in their children’s education. Power and choices make people feel more involved, more effective and more satisfied as citizens. Children whose parents can choose their best educational environment learn better and have a better chance to become productive American citizens. It’s about improving public education and better preparing our kids for college and/or the workplace. It’s about equality, it’s about empowerment, it’s about choices for our parents and chances for our children – ALL our children.

Although school voucher programs appear to offer a better alternative to government provided education, the voucher programs have been attacked from many fronts. Below, is a list of what the Center for Education Reform considers nine erroneous arguments against school vouchers. It is your job to match up the nine arguments with the Center for Education Reform’s annotated response.

Here is the Center’s full response. This will help with the following interactive activity. In this activity you need to match up each argument with the reality.

Not everybody agrees that school vouchers are worth pursuing. In fact, the National Education Association (NEA) adamantly opposes school vouchers. What reasons can you come up with to oppose school vouchers? [This is an open-ended question to induce the students to start thinking. Legitimate answers would be that there are not enough schools for students to choose from, difficulty of being accepted to the school of one’s choice, possible overcrowding at certain schools, lack of money at schools with small enrollments, etc.]

School Choice In Your State

Now let’s see how the education system in your state ranks relative to the rest of the country. Click this link to see your state and answer the following three questions.

Source of information: The Friedman Foundation .Source of map: The Center for Education Reform.

The rise of charter schools has also fostered the movement towards school choice. Beginning in 1992, charter schools now number approximately 1,700 serving more than 350,000 students in 37 states. Charter schools are still public schools, but rather than being run by the government per se, they receive a charter from the local school board or some other public entity to which they are accountable. They are funded based on the number of students that attend and they must attain certain achievement goals. Schools that do not meet the achievement goals are shut down (some already have been shut down). However, those charter schools still in operation are given high praise by students, educators, and parents. If a voucher program takes effect nationwide, it is likely that charter schools will play a large part in its implementation.

As you have seen, the concept of school vouchers is still controversial. Proponents point out cases that suggest vouchers enhance educational performance, while opponents analyze the same cases using different studies that suggest the opposite. As a student, would you like to decide where you will attend school and in turn determine which school receives your educational dollars? What if there is not another school close by to provide you with an alternative? Would you still be a proponent of vouchers? What if your only choices were from private sectarian (religious) schools in which the religion differed from your religion? What if you wished to stay at your school but many of your classmates went elsewhere, depriving your school of much needed funds? As you can see, the answer is not perfectly clear.