Jokes, Quotations, and Cartoons in Economics

Students will apply their knowledge of economics to the analysis and interpretation of jokes, quotations, and cartoons in economics. Students will watch a Paul Solman video of an interview of Yoram Bauman, the Stand up Economist. Students will use Daryl Cagel's cartoon website, Jokes on the Web, and news media to find economics humor and interpret. 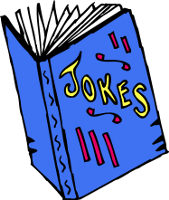 In 1992, then President, Bill Clinton, said, "It's the economy, Stupid." George Bernard Shaw said, "If you laid all of the economists end to end, they still would not reach a conclusion." What do these quotes have to say about economics? This lesson gives students the opportunity to interpret the meaning behind the quotations.

Economics is often called the dismal science. However, economics does not have to be dismal. This lesson gives students a chance to learn about economics by evaluating cartoons, jokes, and quotations about topics that interest them. They might even have the talent to draw a cartoon or create a joke! In this lesson students will use their creativity to make sense of economic humor. Students might have seen editorial cartoons about the economy and have wondered what they meant. Students will get the chance to see hundreds of cartoons about our economy by visiting Daryl Cagel's cartoon website and watching a video of Yoram Bauman, the Stand Up Economist.

Begin the lesson by telling your favorite economics joke (which can be found on the site provided in the resource section of the lesson) and explain it to the class. Then watch Paul Solman video https://econedlink.org/resources/making-sene-with-paul-solman-yoram-bauman-standup-economist/, which includes an interview with Yoram Bauman, the world's only stand up economist.

Discuss the video with the class, and answer any questions students might have regarding the video. Current events constantly provide subjects that can be used to analyze or evaluate through the use of humor.

Have the students find a quotation, joke, or cartoon about economics to analyze. Make sure the students are aware that humor can hurt, so they need to be careful in their selection of a cartoon or quotation. They can go to https://www.cagle.com/ or http://economicscience.net/content/JokEc/ websites. Students could also draw a cartoon and try to publish it in a local or school newspaper.

Many industries have been standardized where parts and products can be manufactured anywhere in the world with unskilled labor. In order to differentiate yourself and make yourself valuable as an employee in the future, you will need to develop your creativity. In this lesson you have made connections to real world economics and theory by analyzing cartoons, quotations, and jokes. Educators often cite the need for higher order thinking skills in students. You have practiced those skills, in this lesson. You will find your economics instruction to be more valuable and enjoyable if you continue to analyze editorial cartoons, political quotations, and econ jokes. Maybe one day, you will say, "Hey! Did you hear about the economist who …."

Ask students to watch one of the following videos, by Merle Hazard:

Have the students explain the content of the video in the context of what they have learned in class.  Encourage the students to read the lyrics from the Merle Hazard website below the video. If the students need help understanding the terms used in the lyrics, ask them to research those terms. Here is a link to the EconEdLink Glossary.

Did You Get the Message?