Governments and other financial organizations are constantly measuring trends in the economy to try to predict what will happen next. The ability to successfully economic trends has a profound effect on whether or not a business will make a profit or lose money. The economy also affects people’s personal lives by helping them make good decisions: Is this a good time to buy a car? Refinance your home? Take a new job? One of the measurements used to evaluate and predict the economy is the CPI, or Consumer Price Index. 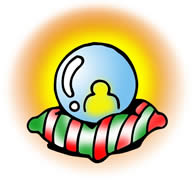 predict what will happen next. Predicting economic trends successfully can have a profound effect on whether or not a business will make a profit or lose money. People also depend upon predictions about the economy as they make decisions in their personal lives: Is this a good time to buy a car? Refinance your home? Take a new job? The answer may depend upon a prediction about interest rates or developments in the labor market. What information might people turn to for help in making such predictions? One source of information used to evaluate and predict the economy is the CPI, or Consumer Price Index.

Students will read and analyze the information on a web site to answer a series of discussion questions.

Have the students estimate the current cost of a "Big Gulp" using the description found on the https://www.7-eleven.com/ (an extra-large 32 ounce fountain soda: see and search under their products and services to find the "Big Gulp") and then use the CPI calculator to compare the cost of a Big Gulp now and in the year they were born.

By completing this lesson, students will learn how the CPI is used to measure inflation and economic trends, and how these affect the decision-making process for government, businesses, and individuals.

The following questions will help to guide the students' online learning experience; teachers could use the questions to structure, a class discussion or a writing assignment. Students can work individually or in small groups to find the answers and then share them with the rest of the class.

Students may also want to explore the following web sites for help in answering Question 8:

"Time-Warp"
Students will need to select and go to a decade by scrolling the time bar. Then they can explore the technology innovation that were created during that decade.

Read the audio transcript of the MarketPlace.org news broadcast of December 14, 2001 for help in answering Question 9.

Giving Advice on the Stock Market